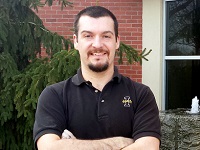 Mark has had an interest and passion in architecture since middle school and was determined to explore this profession as the years progressed. He graduated from the University of Idaho with a Masters of Architecture in 2007 and was immediately hired and working for the largest firm in the northwest. Mark started at BRS in December 2012 as one of the first employees to be hired since the downturn of the economy. He was ecstatic to continue with the career he loved. Mark has passed all of the Architectural Registration Examinations and has been practicing as a Project Architect since October 2016. Mark has excelled quickly at BRS managing a small team within the office and has been working on several smaller tenant improvement projects in Boise, several cell phone stores around the country, and a few government projects for the Department of Defense in Oahu, Hawaii.