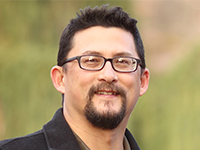 Upon graduation from the University of Idaho in 1998, Joe spent his first 9 years at a small architectural firm in Nampa, and thoroughly enjoyed “learning the ropes”. In 2006, he aligned himself with the wonderful folks at BRS Architects and has worked on an eclectic mix of project types, including commercial office, industrial, general retail, restaurants, churches and schools. His hard work was recognized by BRS and he was accepted as an Associate in 2015, and then as a Principal in 2017.

Professionally, Joe’s strengths are in design and code interpretation. Personally, he enjoys tinkering with anything, from computers to automotive. When forced out of office and home, he enjoys playing golf and pretending to be proficient at mountain biking.